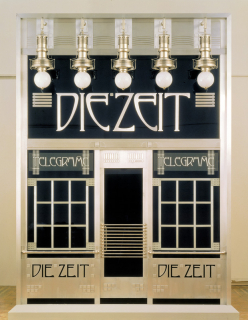 Design for a Technological Museum of Trade and Industry, 1909 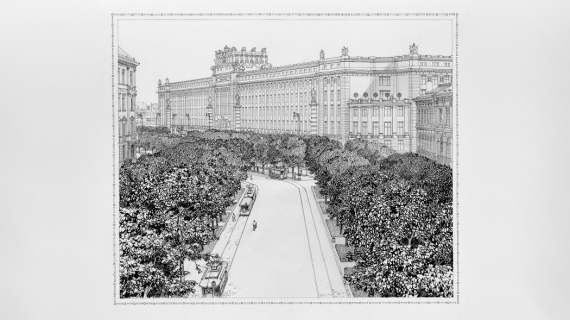 Design for the Ministry of War

The vision of modernity and its defeat

In spite of his outstanding buildings, his masterworks, his visionary theory, his enormous impact on the emergence of modernity in Vienna around 1900, one cannot but concede that Otto Wagner’s endeavors were also thwarted by Vienna. The inertia that characterized the conservative forces of the declining monarchy was too massive. Wagner’s failure cannot just be attributed to his so-called colleagues’ and the politicians’ jealousy and ignorance that blocked the realization of many of his projects and brought about the grotesque around his designs for the Franz Joseph Museum, for example, which dragged on for years. The fight against Wagner seems to have been rooted not least in the destiny of this city in which convenient lies of past days are still rated more highly than commitment to the future.

The competition for the building of the Ministry of War in 1908, which is located directly opposite the Postal Savings Bank, was won by Ludwig Baumann with the approval of Archduke Ferdinand, successor to the throne. 66 architects, among them Otto Wagner, Adolf Loos, and Leopold Bauer, had submitted their plans. Baumann’s monument of governmental self-representation is the opposite of modern architecture.

As Professor at the Vienna Academy of Fine Arts, Otto Wagner gathered an enthusiastic group of students from all over the world around him. 191 students enrolled for his school during the twenty years of its existence. They had to work out three projects in the three-year course: a Viennese apartment house in their first year; a public building in their second year; and, in their third year, a “problem you will most probably never be confronted with in all your life, yet the formative exploration of which will ignite the divine spark of fantasy smoldering in you and make it explode into a bright shining flame.”

The message of Otto Wagner’s school spread all over Europe. Jože Plecnik in Slovenia, Viktor Kovacic in Zagreb, and Jan Kotera in Prague became founders of their countries’ modernist movements. Rudolph M. Schindler emigrated to California, worked for Frank Lloyd Wright, and made an essential contribution to the development of Californian modernism. The projects of the school, which were published regularly in the magazine “Architekt,” were taken notice of from St. Petersburg to Barcelona. And the architecture of Red Vienna was decisively informed by its students such as Gessner, Ehn, Schmid, Aichinger, Hetmanek, Hoppe, Kammerer, and Schönthal.

“An analysis of the situation of architecture can and must be based on Wagner’s system. Considering the whole modernist movement, it was historically the first, the most exclusive, the most concrete, and the first ideologically organized system; he set a trend in Europe, and this not only because of his many successes but also because all modern European cities are under his sway.” (Pavel Janák, student of O. Wagner, Prague 1910)