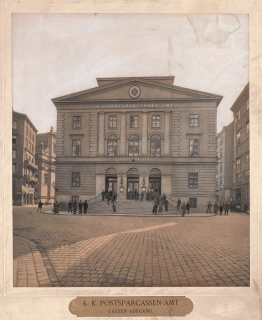 The old office at Postgasse 9 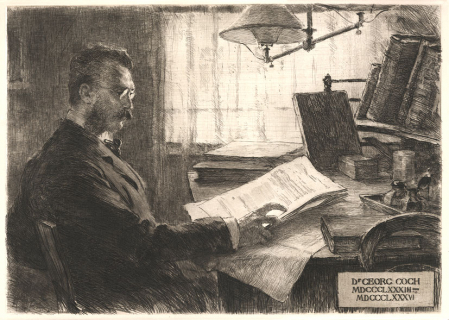 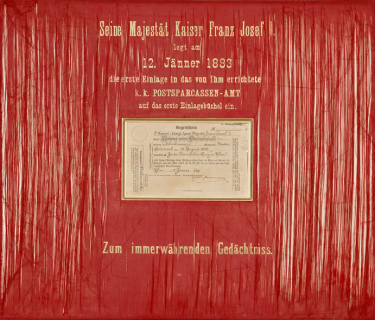 PSB's first savings book was given to the emperor Franz Josef I. 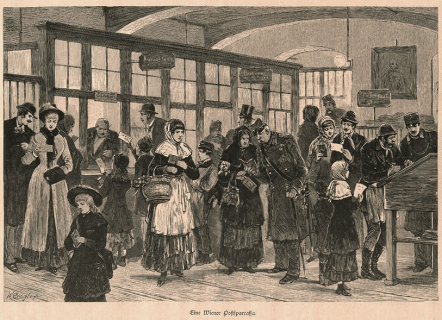 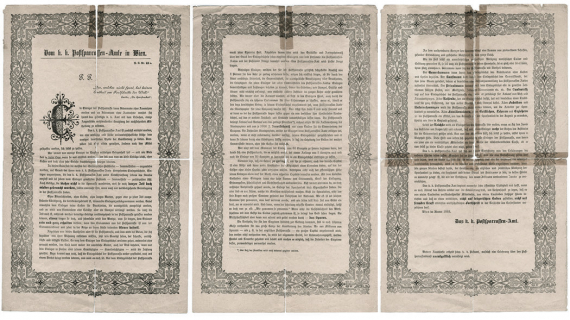 Presentation of the PSB, notes on the saving system

Georg Coch, the founder of the Postal Savings Bank

The history of financial institutions also reflects their founding pioneers’ careers. The Austrian Postal Savings Bank founded by the Hessian Georg Coch is anything but an exception to the rule.

Georg Coch was born in Hesserode near Kassel on 11 February 1842. Due to economically strained circumstances – his father died when the boy was eight – the child enjoyed only some months of secondary education in Geneva. He received a commercial education in a wholesale store, the company Matthieu Frères & Cie in Constantinople, and then moved to Vienna. In 1880, the Minister of Trade asked him to examine foreign postal savings facilities – as introduced successfully in Great Britain 20 years before – in regard to their viability in Austria.

Coch visited England to devise a system capable of linking a central institution with its external collecting points. The administration and interior communication of a postal savings bank would require a functioning organizational plan and a standardized system of forms in the exchange with the collecting points –requirements that could not be copied from the British model 1:1. The relevant procedures had to be planned to the last detail. Coch compiled a comprehensive collection of documents which he finally published in his report “The Postal Savings Banks of England, Belgium, Holland, and France in regard to Austria.” He had now paved the way for the successful introduction of a postal savings bank institution: the “k.k. Postsparcassen-Amt” was opened on 12 January 1883, and Georg Coch was entrusted with its management.

The success of the Postal Savings Bank founded by Georg Coch was overwhelming: after only seven weeks, 200,000 accounts had been opened. This success strengthened Coch’s position but also made enemies come onto the scene. After having run the bank for only three years, Coch was relieved of his office by the Minister of Finance and “honorably discharged” from public service by the Emperor. Coch was unable to cope with his social and economic decline. He spent the last years of his life as manager of a railway project in the Ottoman Empire. In 1890, he died from heart failure in Constantinople at the age of 48.

After its founding years under the direction of Georg Coch, who was keen to experiment, the Postal Savings Bank Office became increasingly consolidated. Its original construction as a bank for ordinary people soon proved to not go far enough; it was only after the introduction of cashless payment that the institution began to make profits. This branch was even more successful than the savings division and helped to get the idea of check transactions accepted all over Austria.

Around the turn of the century, the offices and rooms of the Postal Savings Bank proved less and less suited for the expansion of business operations and the increasing number of employees. For the time being, the bank reacted with provisional arrangements and hasty rentals, such as those in the Schönlaterngasse (1891) and the Bäckerstrasse (1894), as well as the building of an annex to the Dominican Monastery facing its yard. Yet, working conditions had become so poor that newspapers began to write about the situation. When the bank moved into its new home, Otto Wagner’s Postal Savings Bank building, in December 1906, all parties involved heaved a sigh of relief.